ImprovementService ProviderFlow
a month ago

The diagram below demonstrates the typical scenario for the use of the 6PE technology. CE routers which are at the border of the IPv6 islands, advertise their IPv6 routes to the 6PE routers of the MPLS network. These PE routers are the only dual-stack routers, which support both IPv4 and IPv6. The 6PE router advertise the received IPv6 routes to other 6PE routers using MP-BGP session over IPv6 Labeled-unicast address family. These route have: 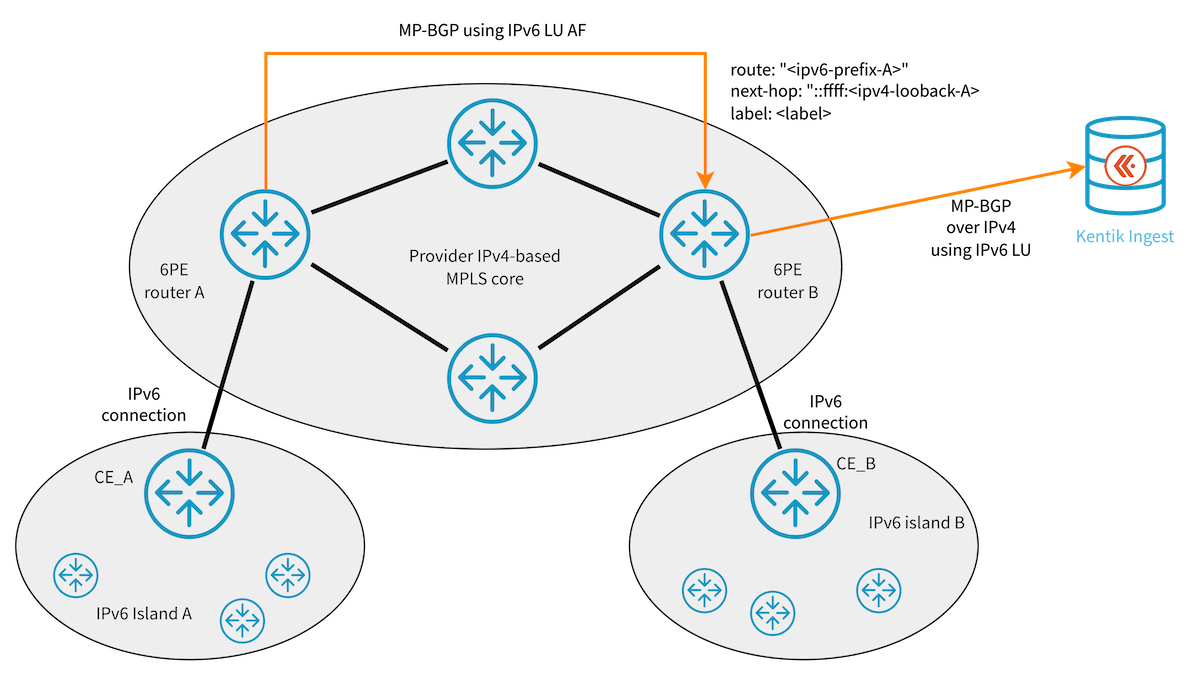 To perform enrichment based on the 6PE information, Kentik’s user should establish the BGP session with the IPv6 Labeled-unicast AF between their 6PE router and Kentik. Based on the received IPv6 LU routes the Kentik’s ingest layer would be able to enrich the Flow’s received from those 6PE routers. All “standard BGP” dimensions would be populated, but more specifically:

Additionally, to instruct the use of Labeled-unicast routes, a user needs to select additional configuration for 6PE routers in the Kentik.  At the Settings → Devices page, select the 6PE router device and “Edit device”, then at the BGP Tab, at the “BGP route selection” drop-down menu select the option  “VPN table, fallback to Labeled-Unicast table, fallback to Unicast table”.

The example of the Data Explorer output with the 6PE BGP next-hop dimensions is shown below: 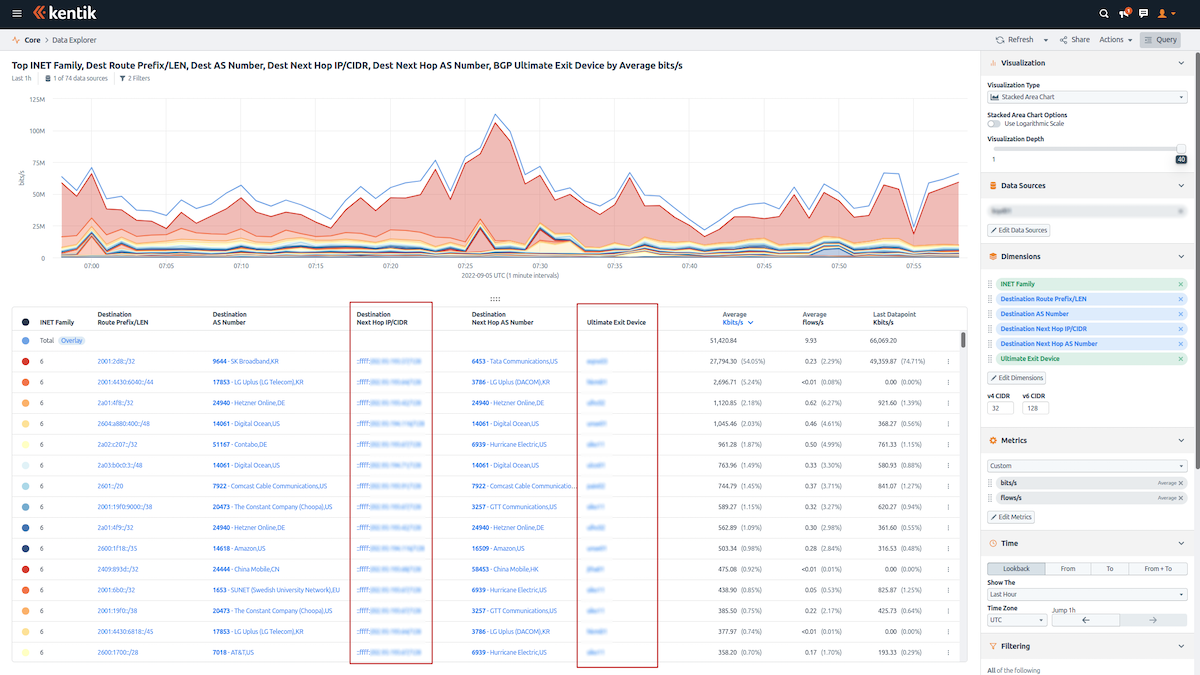