ImprovementSyntheticsNew featureBGP Monitoring
a year ago07/31/2021

We released a new set of agents that will enable tests at the application layer. These are what we’re calling “App Agents” and they are capable of running a full headless Chrome browser instance. These agents will enable us to offer our customers tests like Page Load tests and Transaction tests. When used in conjunction with our rich network layer functionality, these new agents and test types will allow network engineering and network operations teams to quickly determine if the issue is at the network layer or at the application layer. 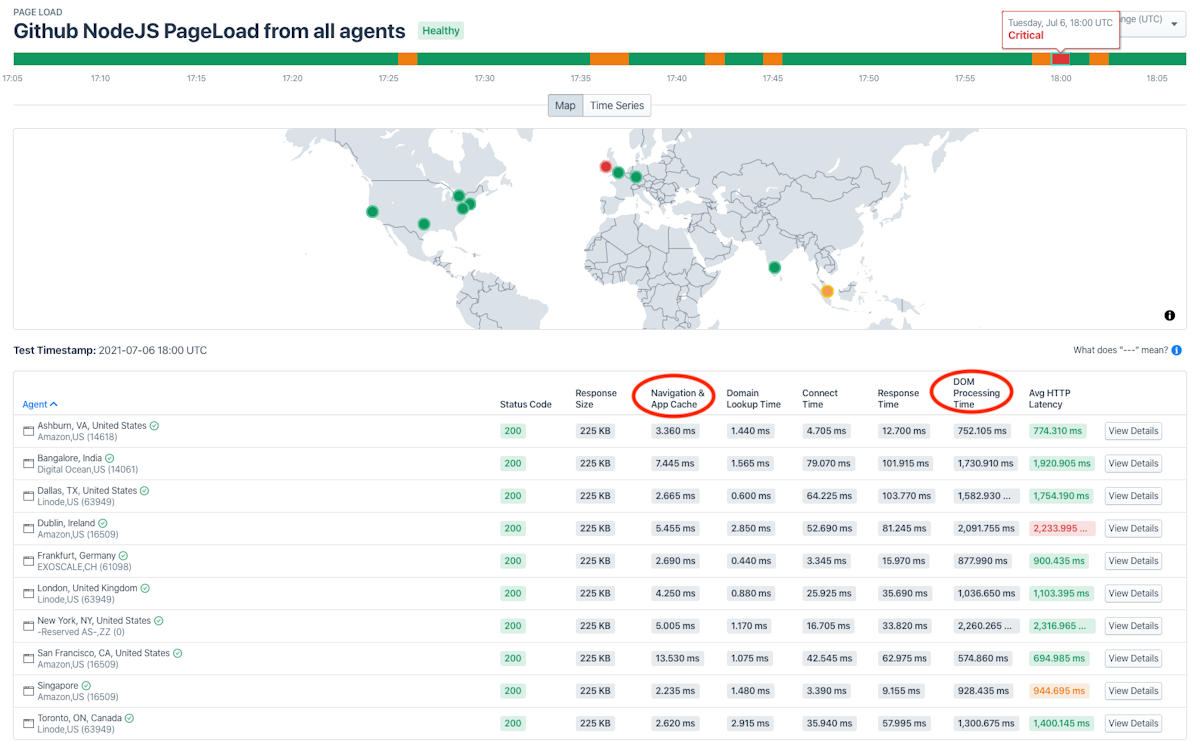 BGP Route viewer is the first of a series of capabilities planned to help proactively monitor BGP-related conditions that can impact performance. In response to customer requests and feedback, we have developed a comprehensive roadmap for BGP monitoring, and we believe our solution will have significant performance advantages over alternative solutions. 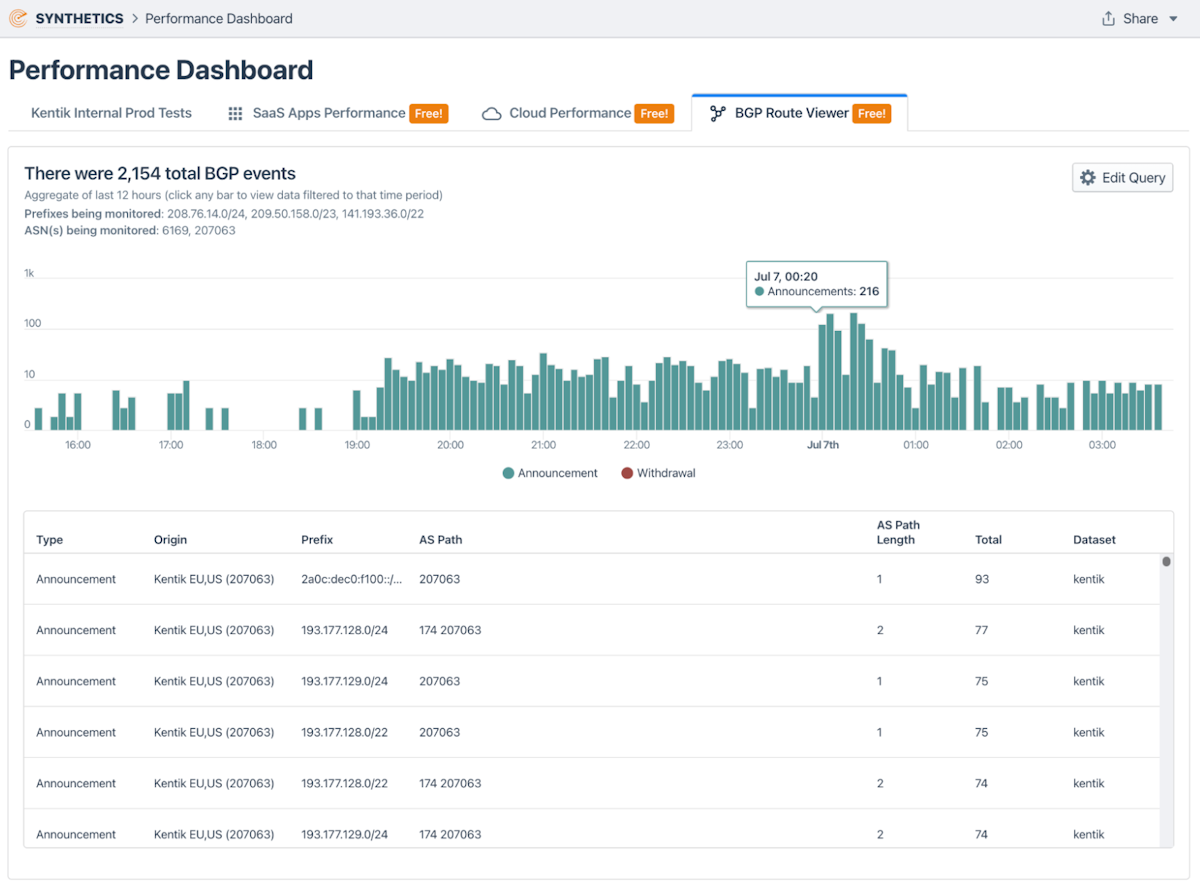 With the new Page Load tests, results can be plotted in a time series along with HTTP stages and the timing for each stage. This new view helps network teams isolate network layer issues from HTTP layer issues. 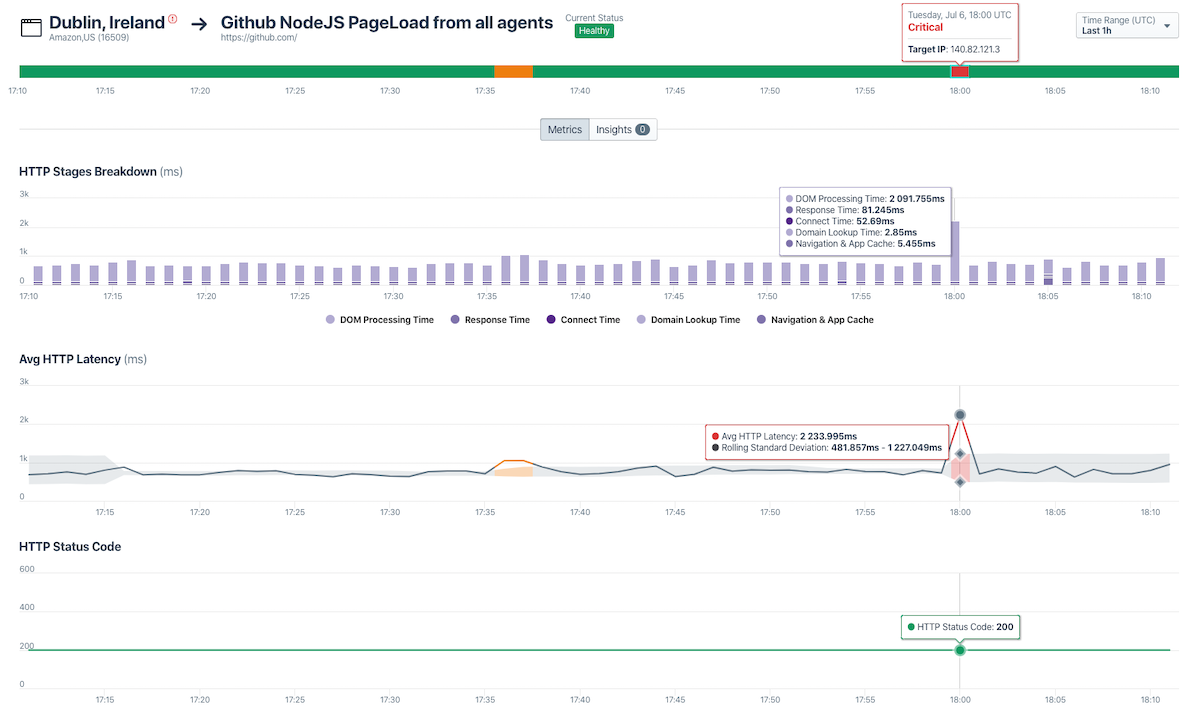 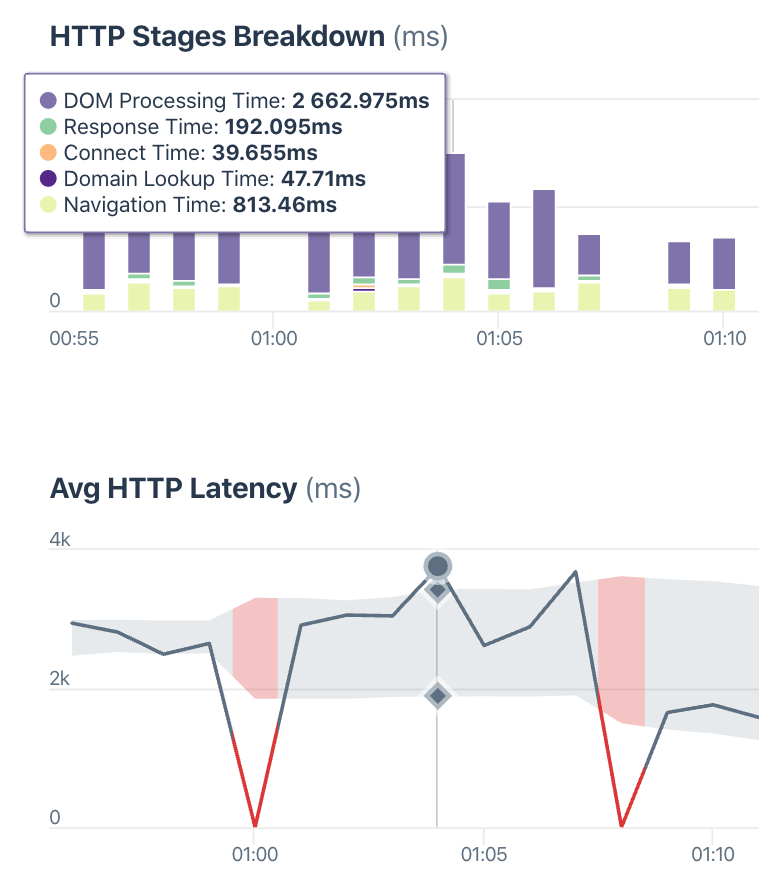 The (traceroute driven) path experience has been one of the most valued features of Synthetics and while it works well, we felt like we could go back and revisit the design holistically after having added a bunch of small and big features iteratively since it first launched (back in November). The updates we made can be summarized in two main buckets: 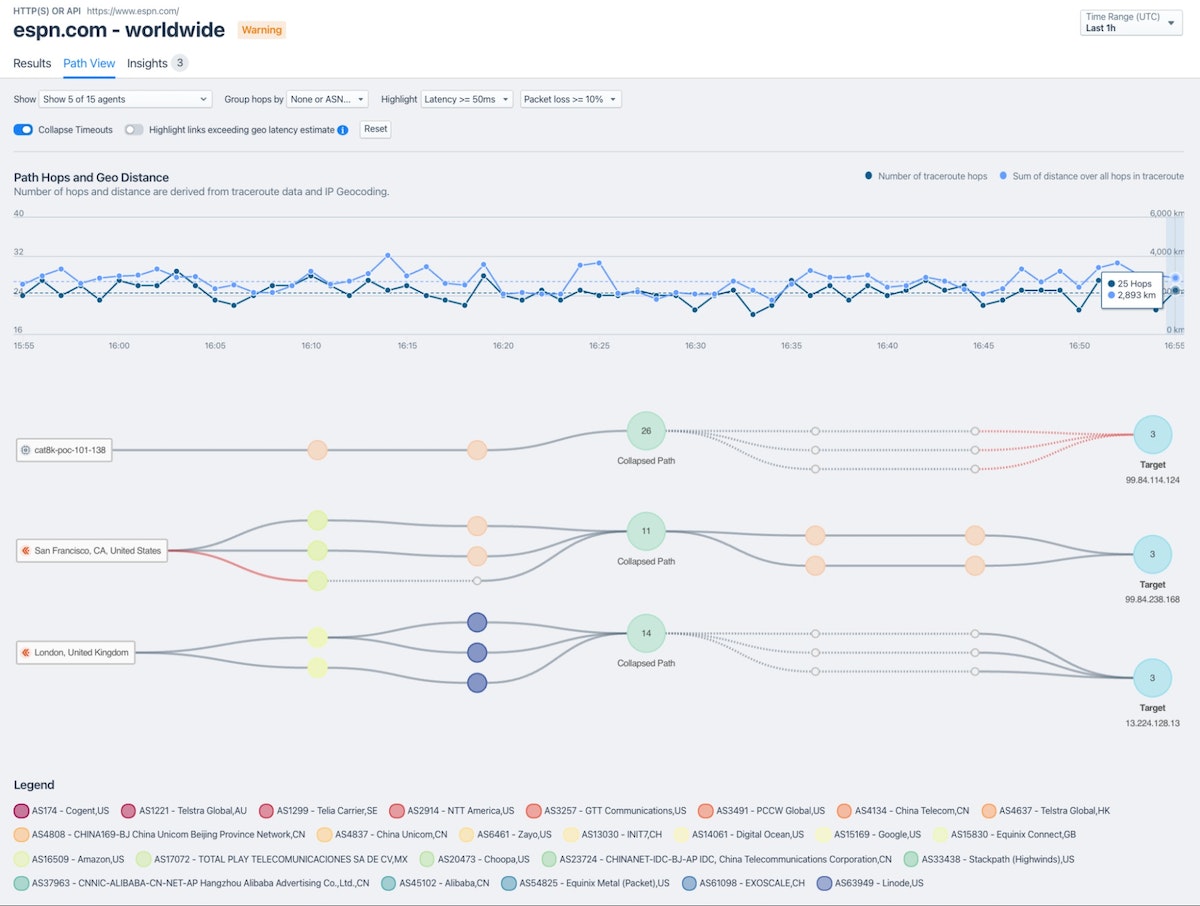 In response to customer feedback, we have added a new type of visualization option under Synthetics in the dashboards (library) portion of the product. One of the key use cases is customers who set up DNS servers by zones and want to see a global view of the performance of their whole DNS infrastructure.

We deployed nine new global agents throughout LATAM, improving our coverage in the region and increasing count from four agents to thirteen. 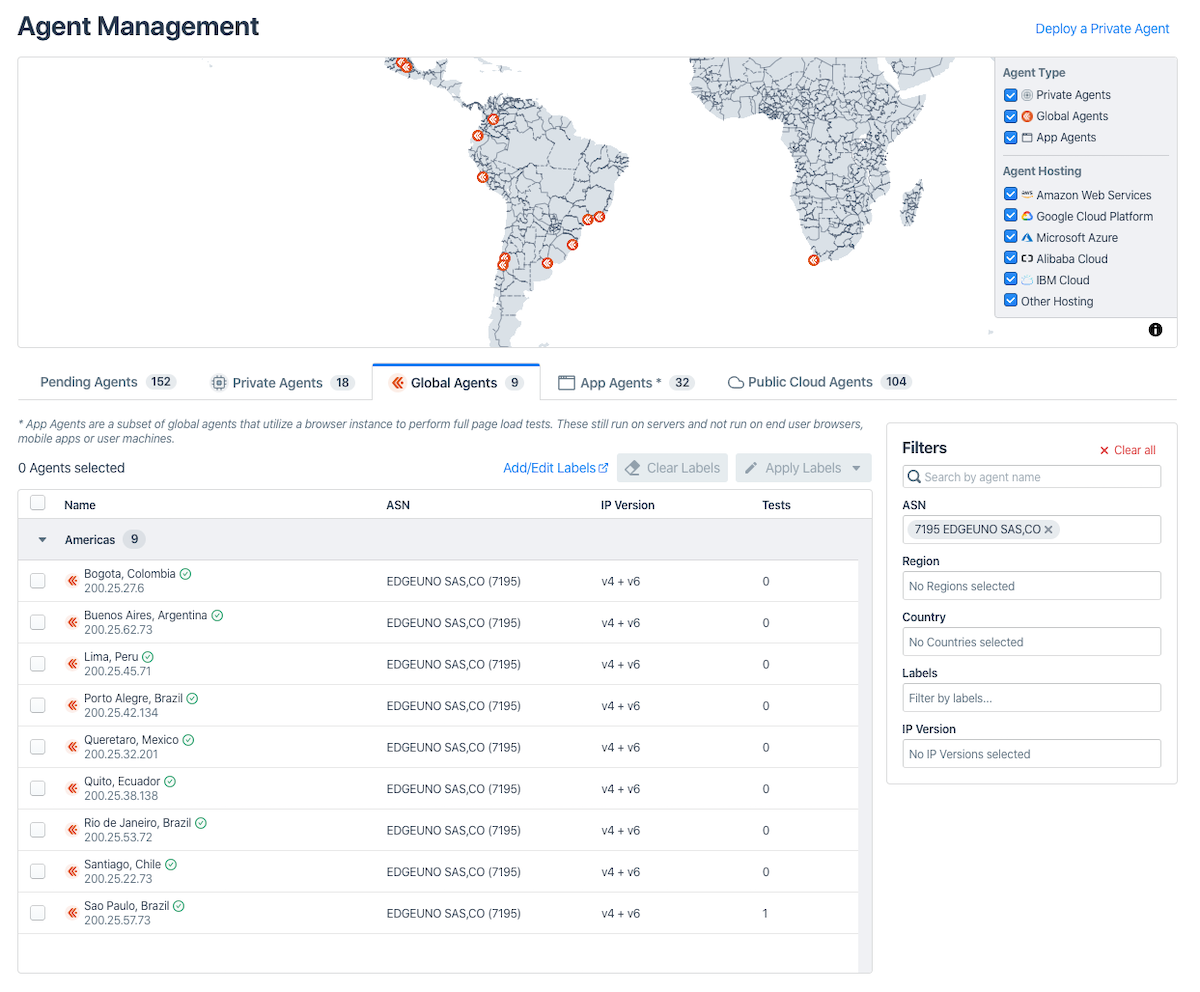