Another new feature in the Data Explorer is the ability to customize the metrics that are shown in the table as well as those shown on the +Y and -Y axis. By default, the Data Explorer will show a single metric with table columns for the Average, 95th Percentile, Max, and Last Datapoint calculations for that metric. Querying with multi-metric enables you to look at things like ingress and egress on the same graph or, as we’ll see in the following example, Bits/s compared to Packets/s. 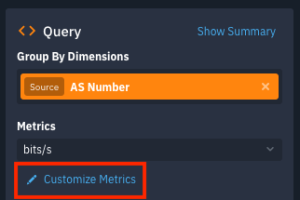 To enable the new multi-metric feature, click on the Customize Metrics button in the query section of the sidebar, which opens the Metrics dialog. The dialog (shown below) has the following sections that are important to note: 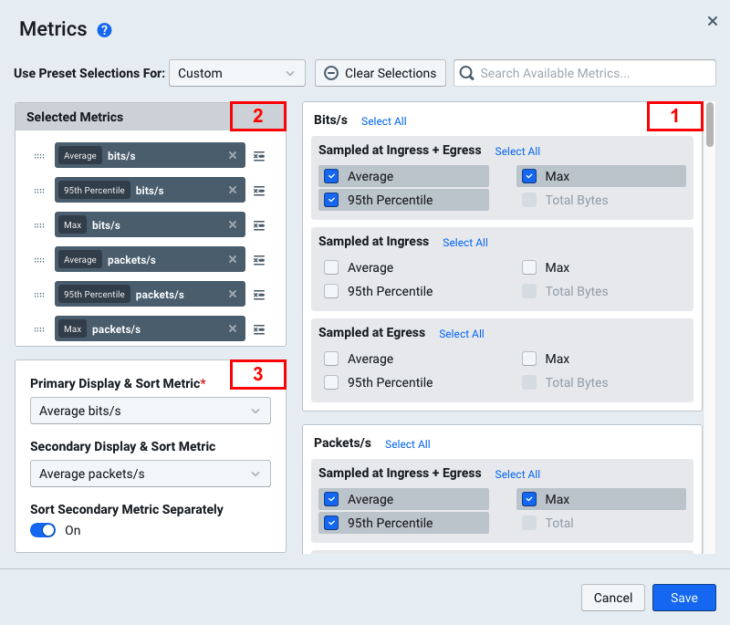 A query run with the settings shown above would gives us a graph (shown below) with the three metrics chosen from the Bits/s category on the +Y (top) axis and the three metrics chosen from the Packets/s category on the -Y (bottom) axis. In the table (only the heading of which are shown in the image) we have columns for all six of the metrics. The bits/s tab is sorted by our primary metric (Average bits/s) while our packets/s tab will show the same data sorted by our secondary metric (Average packets/s). 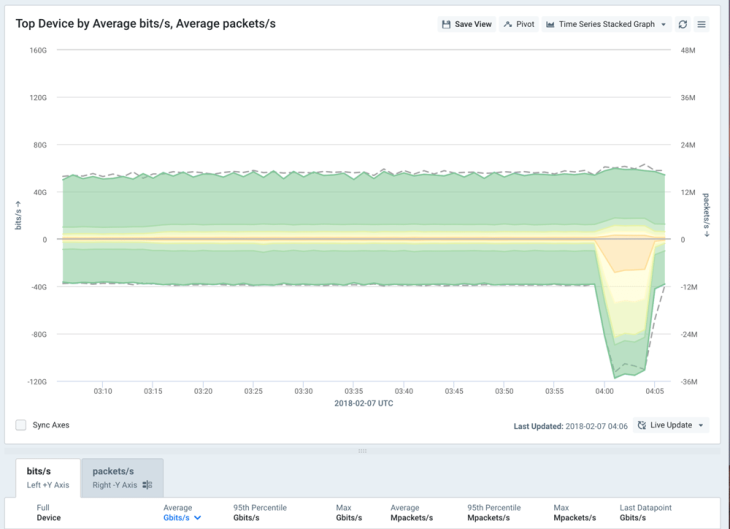